Showing posts from 2016
Show all

Hi webmasters here is another big deal from bigrock.  So get ready to earn BIG with this Super Awesome Promo! Promo Details:   Offer: 50% Off On Shared & Reseller,  End Date:  31st December 2016 Get your hosting at 50% discount Get Deal
1 comment
Read more

After a long time bigrock is back with .com domain sale. Get your .com domain just for Rs 99. Click here to avail the offer     (Coupon code will be automatically added to your account) Terms and Condition s End Date: 30 Sept 2016 This is offer is valid for first year Purchases of .com domain
1 comment
Read more

And Here is the solution for Jio Call Connectivity Issue

Every Jio customer is Having unlimited local and national calls for free. But it is of no use now as incumbent Operators are not providing enough POI to complete the calls and it results "all routes are busy" response. Now we have found solution to make calls with an auto redial application. Which tries automatically until the call gets connected. Download and install app from play store  Set auto redial time interval  Enter phone number  Click green dial Button. That is it. App connects call and when it says line busy just disconnect the call then app will automatically redials and repeat it until the call gets connected. Cheers.
3 comments
Read more

Here is the terms and conditions for using reliance jio plans Terms and conditions 1. Voice is truly free – no charge towards voice or the data used to make 4G voice calls. 2. "Unlimited at Night" pertains to data used between 2am – 5am. 3. Wi-Fi data benefits in the plans pertain to Wi-Fi data availed in the Public Wi-Fi hotspots of RJIL. 4. The subscribers can avail the above plans effective from 1st January 2017. 5. The data used by the consumers for Jio applications, Video calls and other content available on internet would be uniformly debited against plan data allocation. 6. Unutilized free benefits will be forfeited at the end of validity. 7. The prepaid packs with denominations Rs.19, Rs.129 and Rs.299 cannot be availed as a First recharge by new subscribers. 8. 25% additional 4G WiFi data benefits will be provided to students on providing a valid identity card, as per process. 9. Prepaid tariffs are inclusive of all applicable taxes. 10. On Postpaid ta
Post a Comment
Read more 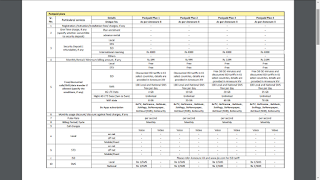 This month of August -2016 Get up to 30% on Hosting. Promo Code:  AUGHOST   Click here to go to Bigrock Hurry Limited period offer.
Post a Comment
Read more 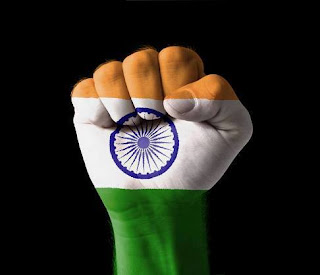 Here is the collection of independence day wishes. " Even if I died in the service of the nation, I would be proud of it. Every drop of my blood will contribute to the growth of this nation And to make it strong and dynamic. Happy Independence Day. " " Grasp the opportunity with both hands to feel really very special as an Indian reading these quotes on the Indian Independence Day. A number of famous and reputed persons have thrown some light on the chapter of Indian Independence. " " India conquered and dominated China culturally for 20 centuries without ever having to send a single soldier across her border! " " We owe a lot to the Indians, who taught us how to count, without which no worthwhile scientific discovery could have been made! " " For some days, people thought that India was shaking. But there are always tremors when a great tree falls " " Other might have forgotten, But never can I. The flag
Post a Comment
Read more 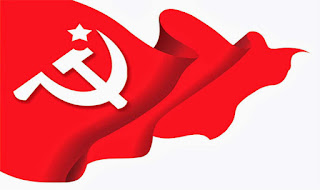 We Miss you Torrentz. Torrent King Says Farewell to its users.

One of the world's largest  torrent search engine has announced 'Farewell to  millions of its users..Torrents.eu is a  meta search engine which never hosted torrents of its own, But links to other popular torrent websites including kickass torrents, pirate bay etc.     This unexpected shutdown created a great shock among the torrent lovers and also this was happened just after the shutdown of world's largest torrent site Kickass torrents. Torrents was founded on 2003 and which attracts millions of users per day and also one of the most visited torrent site in the world. But today this reign ends, as the popular meta-search engine has announced its shutdown. A few hours ago and without warning, Torrentz disabled its search functionality. At first sight the main page looks normal but those who try to find links to torrents will notice that they’re no longer there. Instead, the site is now referring to itself in the past tense, suggesting that after more than a decade
1 comment
Read more

Bigrock August Promo Code Get up to 26% Discount

Hi webmasters here is wonderful promo offer for you. For the entire month of August enjoy a brilliant 26% off on Shared & VPS Hosting + 10% off on Domains. Offer details below: Promo Code: AUGAFF16 Offer: 26% off on Shared, Re seller & VPS Hosting + 10% off on Domains Offer End Date: 31 August 2016 Click here and Visit BIGROCK.com (Click the above link then Promo code will be added to you account automatically)
Post a Comment
Read more
More posts