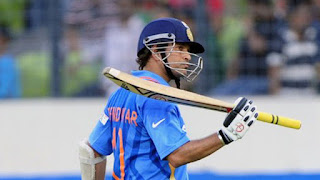 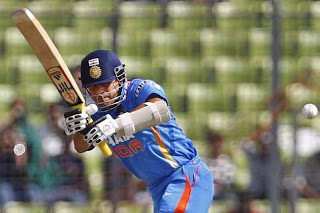 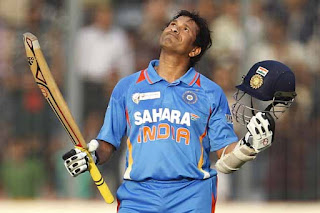 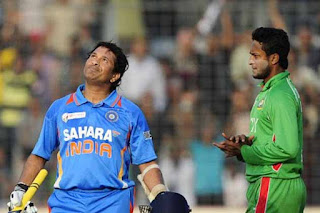 This is a proud moment for all Indians. Our Cricket Master Sachin Tendulkar walks out through a new milestone. Sachin Tendulkar on Friday became the first batsman in history to score 100 international centuries, adding another milestone in his record-breaking career. Tendulkar, who turns 39 next month, achieved the feat when he recorded his 49th one-day century in the Asia Cup match against Bangladesh at the Sher-e-Bangla stadium in Dhaka. He has 51 Test hundreds.

Sachin Speaks after the match...

"It's been a tough phase for me," Tendulkar told television commentator Ramiz Raja during the mid-innings break in Mirpur, after helping India post 289 against Bangladesh in the Asia Cup. "I started off the season batting reasonably well. I was luckless. I am not playing only for my hundredth hundred. It doesn't matter how many 100s you score, you still put your head down, grind it out and do the job for the team.