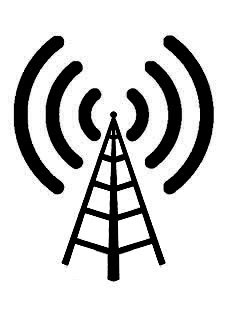 Bhopal: If you think buying a lifetime mobile connection actually gives you as much of a lifetime, think again. According to new rules from Telecom Regulations Authority of India (TRAI) the services to your number with lifetime validity can be terminated within twenty days.

If a mobile number does not have any outgoing or incoming calls for more than twenty days, the services to the number will be terminated and the number can be re-allotted, according to the TRAI rule.
The rule allowed a period of 180 days before the services were terminated for non-use. Either a recharge or an incoming or outgoing call within 180 days allowed the customers to keep their services intact. Later in 2010, the period was reduced to 90 days.
No prior public notice for the new rule
TRAI had introduced the new rule three months ago but there has been no public notice regarding the new rule till date. Even the service provider companies have failed to inform their customers.
TRAI clarifies its stand
Public Relations Officer (PRO) of TRAI Yogendra Srivastava said people are using more than one SIM card and several of these SIM cards remain unused. He further said the TRAI decided to change rules to ensure that these SIM cards are not misused. TRAI will certainly publicise the new rules so that the customers do not face any problems, he added.
Customers, companies suffer
Meanwhile, the companies and customers have a list of complaints against the new rule that has been introduced without any prior notice. A distributor of Kasturi Telecom Priyanka Agrawal said the customers are coming with complaints due to this cancellation of number in 20 days. The service provider companies are not better off.
Senior officials with a service provider said the new rule is causing huge losses to the customer base of the companies. They further said the customers hold the company guilty for the deactivation of their numbers while we do not have any choice but to follow TRAI rules.
Students from Jammu and Kashmir suffer
A total of services to a thousand phone numbers have been terminated in Bhopal in July alone. Out of these, a large portion goes to students from Jammu and Kashmir.
It must be noted here that telephone connections from other states do no work in the state of Jammu and Kashmir. In such a scenario, if a student goes to his native place in Jammu and Kashmir for more than 20 days, he loses his phone connection.
Source: daily.bhaskar.com
Mobile Phone News

Paytm Cashback Offer for the Month November How to get this deal Click here  to go to Paytm . Use Coupon code :  EOM25 Offer:- Get Rs 25 cashback on recharge/billpayment of Rs 250 and above. Code can be used only 5 times per user per number. Cashback will be credited within 24 hours of the transaction into user’s Paytm Wallet Not Valid for Airtel Prepaid Users(Use Airtel4 for cashback on Airtel Prepaid connections).but valid on Airtel Postpaid Connections. Valid on prepaid recharge, postpaid bill payment, D2h recaharge, electricity bill payments Valid on Web and App. Valid till End of November.