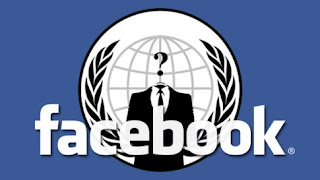 A group of hackers called Anonymous has denied claims that it wants to destroy Facebook, saying the whole thing ‘has been a misunderstanding’.
The group earlier claimed that it is planning to ‘kill’ Facebook and announced the social networking site will be ‘destroyed on November 5.’
It said the social network provides information to ‘government agencies’ so they can ‘spy on people.’
A member of Anonymous, however, recently issued a status update saying it was a ‘misunderstanding’ and that it only ever ‘wanted to help people by drawing attention to the privacy issues surrounding Facebook,’ the Daily Mail reports.
The group created a Twitter account and posted a YouTube video called ‘Message from Anonymous: Operation Facebook’, to highlight its intention to delete the network in protest against its privacy policies.
But the group’s member said that the main purpose of ‘Operation Facebook’ was simply to ‘bring awareness to Facebook keeping data even after you delete an account’.
He explained to the site that he launched the operation months ago with a few others with the intention of persuading people to delete their profiles on November 5 as a protest and then create their own rival social networking sites with more robust privacy rules, the paper said.
Tech News